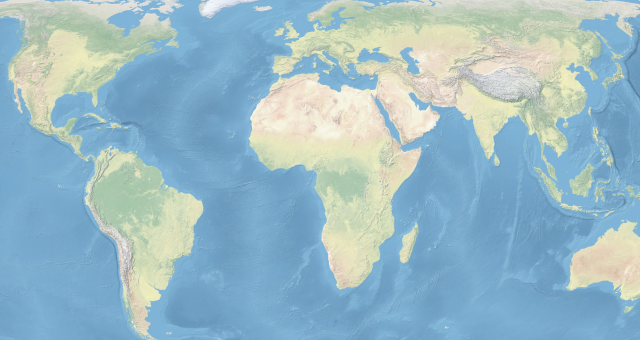 Sometimes, you will need to work with geographical coordinates in Excel and/or PowerPoint. This article shows you how to use Excel to work with coordinates and calculate the distances between locations for advanced mapping problems - it is pretty easy with only a handful of formulas.

Granted, calculating direct distances ("as the crow flies") between locations in a firm's financial model may seem a bit unusual. But there are typical cases where this could be of interest for the model users:

Before we dive into the mathematics, let us take a peek at how we want the result to look in Excel:

As you can see, we need two types of inputs:

Decimal coordinates are easier to use in Excel formulas. To mimick proper coordinates, you can treat them as time values (hours:minutes:seconds), which would theoretically lead to consistent results; however, it is a bit tricky, because Excel likes to force the hour values into positive numbers between 0 and 23. In any case, for the ongoing calculations, we need those decimal coordinates to be turned into radians values, as commonly used in spherical geometry:

The formula we will use here to get the distances between to points on the map is the so-called haversine formula. It calculates the distances based on the locations' latitudes and longitudes and is commonly used for navigation and mapping purposes. You do not necessarily need to concern yourself too much with the mathematics behind this - but for more insight, you can check out the Wikipedia article.

Here's the formula used in the spreadsheet (this one from cell I5):

This is basically the formula shown in the Wikipedia article, transformed into an Excel formula for our purpose. It includes a VLOOKUP function so that it can be copied across the distances table consistently. This is quite complex at first sight, but again, do not worry about the mathematics.

One Reply to “Using Maps and Geographical Coordinates in Excel”

This site uses Akismet to reduce spam. Learn how your comment data is processed.